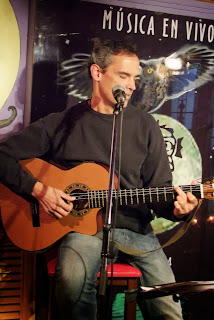 After years the piano got out of tune at home, and the family never bother to fix it so Nick chose the guitar, the instrument he most often heard his mother play.

He started with acoustic guitar and around the age of twelve Nick got his first electric guitar. A Fender Stratocaster . His passion was American music , and the trend was more towards Rock, but he was open to any genre. Even this " rocker " could not ignore the addictive rhythms of Latin music.

The first album he bought , which was responsible for his passion for the guitar and Rock music was from an American band called Grand Funk. The album entitled Grand Funk Caught In the Act was recorded live, and guitarist Mark Farner’s style captivated Nick. From that moment on he knew that this would be not only his instrument of choice, but the life that Nick would want to live .

He had the opportunity to take classes with different teachers as he learned classical guitar, music reading , which then was set aside. He continued learning more contemporary rock music pieces, supported friends in bands, inclusive, started a band that broke up shortly after because Nick moved to Miami , Florida in 1984 .

Although he felt that music was his passion; that it was his " destiny" , something interesting started to happen that would deviate him from that goal. He began to feel a natural inclination towards comedy , and for the next 15 years he devoted himself to earn a living as a professional comedian. A very promising career , only that something was going on. After a very difficult relationship he then embarked on a spiritual quest where another way of expression arise quite naturally, which was that of teaching and speaking.

Although music has always been a part of his life, from an early age Nick showed a natural ability to teach and inspire , he never imagined that speaking would become part of his life. He never even thought of writing books. He then became aware that life no matter what plans he may have, life has a plan for him.

After watching his world crumble, Nick Arandes wrote books and went on to share his practices and experiences that supported him heal fears and internal conflicts. Having left the music aside for over 10 years, the desire to write music returned very mysteriously , and was presented with the opportunity to build his own studio in Florida , this time in Orlando, where he recorded his first CD in English entitled , " No Rules at All”, in which not only wrote the lyrics and did all the musical arrangement, but he played all the instruments as well. It was a one-man production.

Believing that his journey back to music would continue, he noticed that his desire to push the songs he had written started to fade away once more. Nick experienced a great deal of frustration for he did not know what wold he want to do with his life.

Around 2005 a friend invited him to a seminar where Nick watched his intrinsic desire to teach rise up again. He was so moved that in the next few years Nick began working with that company , including considering become one of their trainers. He realizes however that although sharing and inspiring is a part of a deep intrinsic desire, that company, including all he had learned during his years of research and quest had nothing to do with the message Nick was supposed to share.

In 2007, tired of his spiritual quest and all that the world of self-help offered , he grabbed everything, books, DVDs, CDs, all he had invested over the last 20 years and give it away to a non-profit organization called The Salvation Army . That’s when Nick completely surrendered to Life (God, Essence, whatever you want to call it) .

Few weeks after he made the decision of letting go of all that he had learned that simply kept him running in circles, Nick was ready for something that completely changed his life. On November of that same year he was introduced to the teachings of a blue book called A Course in Miracles. Recognizing that the course is just for him, and not to be evangelized , even not to show it to anyone, because of his practice and his experience , he found himself, almost against his will, as if he could not control it, sharing and facilitating lectures related to the theme of that book. And he has being doing so only by invitation.

He has never considered himself, nor to this day he regards himself as a spiritual teacher or an expert in anything. He is simply a person who through his own healing process, his desire to share, for he understand that through sharing he can accelerate his own healing process, his gift as a communicator and writer naturally emerged. In the same way that music comes very natural to him, communicating is a talent through which he can also express himself.

After a deep healing process , music once again took up a central point in his life where in Monterrey Mexico in 2013 was presented with the opportunity to  recorded his first music CD in Spanish entitled Aquí Estoy! (Here I Am!) , which contains 13 songs whose subject is love. Four of these songs were originally recorded in English for the CD mentioned above and translated into Spanish .

If you would like to listen to sample audios of that CD, or to even order it, click on the tab called “spanish songs & lyrics” on this website.

Nick simply, without religion or contemporary "spirituality" recognizes that only Love is real, and that's what he will dedicate and devoted the rest of his life. No matter how he feel inspired to share his message , either through his music , through his lectures , through his books , he knows that he only has one purpose ; love, forgive , heal, and not to judge. Therefore, as St Agustín once said, " Love and then do what you want. " 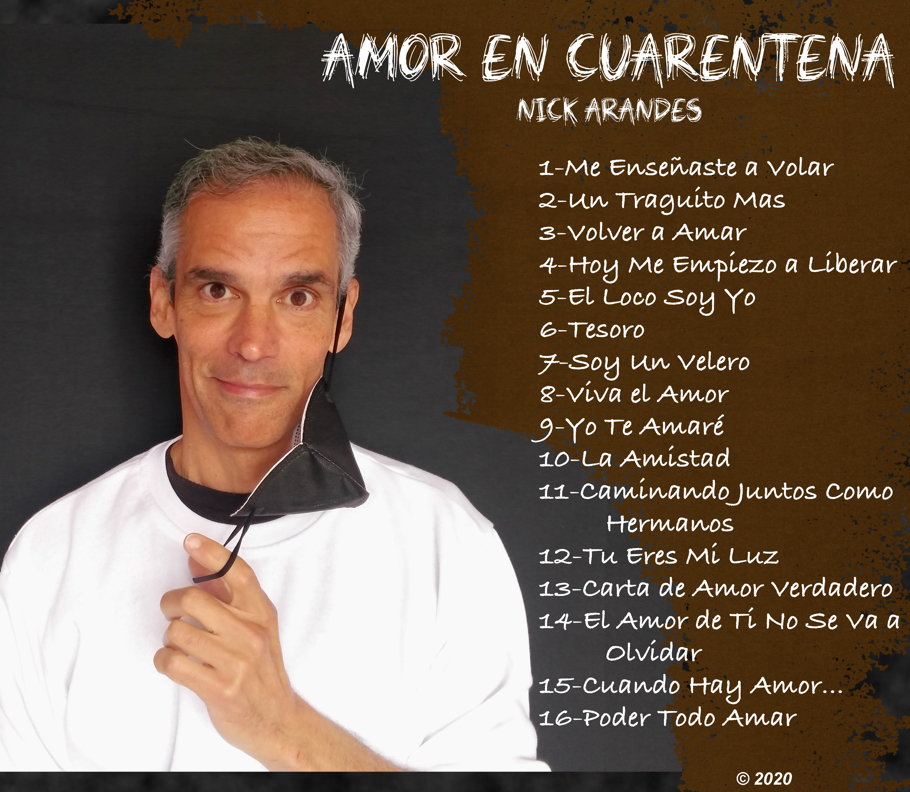 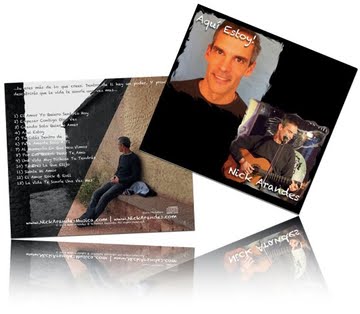 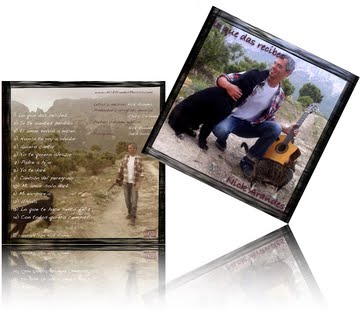 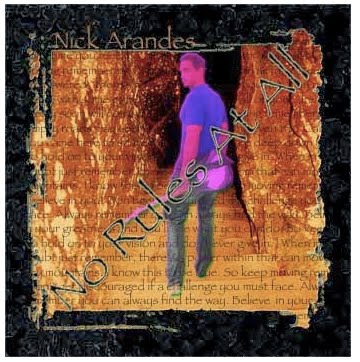